The first fight is disputed between Steffi and Vivien from "Sibirien". It`s the first time for Vivien.

Immediately with one of the first attacks of Steffi, Vivien goes quite unceremoniously on the mat. However Steffi has not expected the aggression of Vivien. Shet is hurled into the corner and receives her top torn down as well.

And so it goes on and on. A very balanced fight, until Vivien must lie below more and more frequently.

However then, something, with which Vivien has not reckoned, happens: Steffi pinches Vivien between her legs. And even more badly, Vivien is attacked unfairly from the back!

Vivien hits back, she pulls the hair, tries to bite!

But then Lia intervenes as referee, opens the top of Vivien and pulls Vivien shortly before the gain of Steffi's face as well, Vivien turns up again! But is that enough? 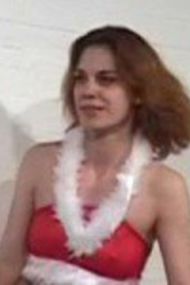 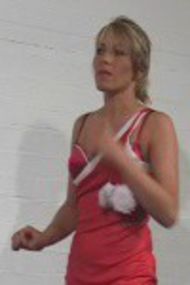 The second fight: It was not intended that Lia should fight today,. We wanted to film actually only one christmas-special. However already during the first fight Lia decided, I finish them both! She promised me, if she is allowed to fight, we would receive to see much bare skin!

Lia held word, she managed to strip Vivien. But Vivien, still exited of the first fight and the interruptions of the spectators, managed to sit down on the face of Lia twice. Well Lia, you should not strip Vivien! Has it tasted good?

Although Vivien humiliated by Lia, at the breasts pulled and the pussy kneade, she manages to strip Lia. The public was enthusiastic, Vivien "climbs "again on the face of Lia, really crazy! 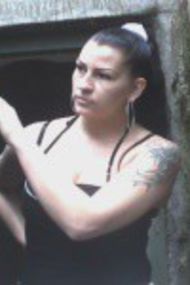 Actually, nobody can expect no increase after the first two fights. And however, Lia the one who that wins all fights sovereignly at the "Live-Event "had massive problems. But look itself!

As Vivien, who had already changed her clothes, intervenes at the end, it was too late. By the way, not only Steffi was bare!